Two posts on my Facebook timeline, one scroll apart, show just how bizarre the political economics of oil are these days.

In one post, a PC MPP from Ontario brags about how the Ontario government has lowered gas prices. The other was a news article about how Rachel Notley and the NDP government of Alberta will finally begin reducing production in order to address the glut of bitumen that’s currently driving oil prices down—that is, they’re trying to increase oil prices. We obviously can’t have our cake and eat it too, being paid high prices for crude oil and paying low prices for gasoline, and yet that’s what our leaders are trying to do.

On the supply side (Alberta), we’ve continued to over-produce bitumen despite the global market already having a glut of lighter, cheaper crude; we’re fighting the market every step of the way. The financial incentives were so weak that Kinder Morgan wanted to walk away from their own pipeline, and managed to convince our federal government to buy the unfinished pipeline for several times its actual value. We paid it, against all market incentives and at that outrageous price, so that someday we can continue to over-produce a commodity that is increasingly not only hostile to life on this planet but also increasingly unnecessary to our society and entering its sunset phase.

Then on the demand side (in this case, Ontario), the government steps in to artificially lower gasoline prices even as the government of Alberta is stepping in to raise oil prices. While most of the lower gas prices can actually be credited to seasonal cycles in the cost of gasoline and lower global oil prices, the conservative government (which historically would see tinkering with markets as a sign of dreaded socialism) is taking credit for setting the lower price.

So our governments have been paying off oil companies on one side to keep the oil flowing, even against market forces, until finally they have stepped in to reduce the flow to raise prices—tinkering to fix their tinkering—while at the same time tinkering some more on the other end to reduce gasoline prices. And every step of this bizarre dance is funded by taxpayers and results in bad outcomes for our climate.

You don’t need to be a free-market fundamentalist to know that markets work in certain ways. There’s a time for regulation and creating incentives to correct market failures and address externalities. But that’s not what they’re doing here, and it’s bizarre to see conservatives, who historically love markets and hate government interventions into them, jump on the command-and-control bandwagon to manipulate the market. It’s even worse to see Liberal and NDP governments try to beat them at that game despite continuing to talk the talk about addressing climate change and transitioning to a clean economy. All of these parties are going against their own principles to support the oil economy.

There are alternatives, to these policies and these parties. A truly good economy accounts for all of the costs of our products, supports our way of life, and doesn’t mortgage our future—economically or ecologically. In 2019, look for a vision for a healthy environment, society, and economy; and a party that sticks to its principles.

Jeff Wheeldon is a former resident of Otterburne. He was the Green Party Candidate for Provencher in the 2015 Federal Election. He currently lives in Brighton Ontario. 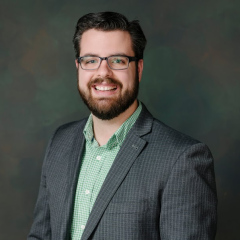 View all posts by Jeff Wheeldon
Skip back to main navigation

Please follow and like us: Watching the drama of the US election come to a head last week as protestors stormed the Capitol and this week’s impeachment and 25th amendment discussions has left a lot of us wondering, “Where do…
END_OF_DOCUMENT_TOKEN_TO_BE_REPLACED

Please follow and like us: After neighbouring agricultural emergencies due to drought, we now are dealing with massive flooding, not just in La Broquerie. Our Provencher communities need coordinated federal and provincial support for our municipalities as we struggle to…
END_OF_DOCUMENT_TOKEN_TO_BE_REPLACED

Please follow and like us: There has been considerable debate about Carbon Pricing, aka The Carbon Tax, across our political spectrum this summer. Since the Liberals introduced the unfortunately named Carbon Tax, we’ve heard from various sources how it does…
END_OF_DOCUMENT_TOKEN_TO_BE_REPLACED

Please follow and like us: A Letter to the Editor of The Carillon, September 3, 2019 As we think of our neighbours in the 11 Manitoban municipalities who have declared an agricultural crisis, it is important we reflect on working…
END_OF_DOCUMENT_TOKEN_TO_BE_REPLACED

Please follow and like us: On August 17th five young Green Team members carried our Green banner at the Hannover Ag Fair parade. They were busy handing out 1400 Seed Saver envelopes to a welcoming crowd of young families and…
END_OF_DOCUMENT_TOKEN_TO_BE_REPLACED